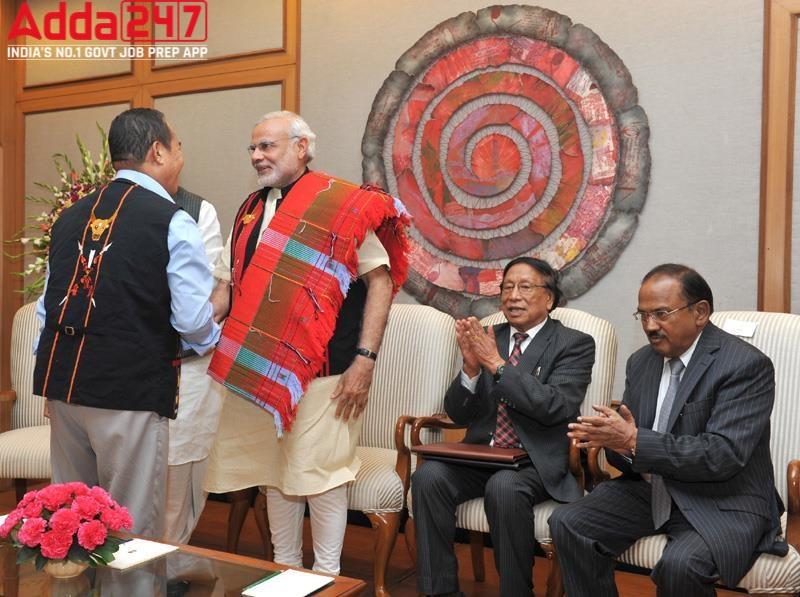 Recently, on August 1, 2022, the NSCN (I-M) observed the 25th anniversary of the “Indo-Naga” ceasefire with the release of a booklet titled “25 Years of Indo-Naga Ceasefire (1997-2022)”.The NSCN-IM signed a ceasefire agreement with the Government of India on July 25, 1997, which became effective on August 1, 1997. This heralded the start of Indo-Naga peace talks. It opened an avenue in the search for a solution to the long-standing political demands of Nagas living across the region between India and Myanmar.

About The History Of Nagas:

About The Peace Talk:

In the year 2020, the interlocutor, Ravi, made it to the news when his letter addressed to the Chief Minister of Nagaland was leaked on June 25. The incident led to distrust as Ravi had painted the Nagaland government and the insurgents in a bad light, linking them to failures of law and order. Following this incident, the NSCN-IM released the contents of the document of the Framework Agreement of 2015 in August 2020. Eventually, in September 2021, Ravi quit and was replaced by former IB special director A K Mishra as the sixth interlocutor for the Indo-Naga peace talks. The soured relationship between the NSCN-IM and Ravi was put to an end. The peace talks have now resumed to achieve a solution for the Nagas soon.

The Approach After 25 Years:

As the Indo-Naga peace talks marked their 25th year this August 2022, the prospect of the solution to Naga political demands still has no clear answers. The NSCN-IM remains firm over its demands for a separate flag and constitution for the Nagas. The hope for the unification of all the Naga-inhabited areas continues to live in the minds and aspirations of the Nagas. Recently, the Global Naga Forum (GNF) organised a two-day “Naga Solidarity Walk” from Kohima, Nagaland, to Senapati, Manipur, under the theme “One People, One Destiny”. The rally demonstrated that the Nagas are one and uphold Naga history and the need to defend their lands.